According to the Brewer's Association, 2,822 craft brewers were in operation at the end of 2013, and these brewers produced over 15.5 million barrels of beer valued at $14.3 billion dollars.  As of June 2014, the total number of craft brewers is at 3,040 and climbing.  Growth in the craft beer industry has spurred a demand for Oregon-grown aroma hops as well as new aroma hop cultivars to expand the brewer's flavor and aroma palette... read more

The Plant Breeding and Genetics program is now active at OSU!

Research in Hop Breeding and Genetics
The Aroma Hop Breeding Program is tasked with developing new aroma hop cultivars which are adapted for Oregon growing conditions. 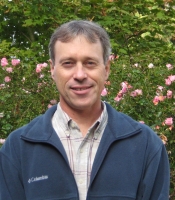