Potato's crop value is significant to Oregon agriculture and to the overall economic health of the state. Oregon potato producers sold more than $175 million of potatoes in 2011, making them the state’s seventh largest crop and Oregon’s leading vegetable crop in terms of gross farm gate sales. When considering processing value, the statewide economic footprint of potatoes is likely several times larger. Varieties developed by the Tri-State breeding program (Oregon, Washington, and Idaho) play an important economic role in the Pacific Northwest potato industry and have supplanted a significant portion of the Russet Burbank acreage in the area.

Nationally, Tri-State advanced selections and released varieties are produced on 17,728 acres of certified seed. This total is 15% of all domestic seed supplies and has the potential to support 215,000 acres of commercial potatoes nationwide. ‘Ranger Russet’, ‘Umatilla Russet’, ‘Alturas’, and ‘Classic Russet’ are the 5th, 7th, 8th, and 16th most widely planted varieties in the nation. Other Tri-State releases capturing more than 350 acres of certified seed in 2012 were Alpine Russet, Blazer Russet, Modoc, and Ivory Crisp. Seed stocks of Sage Russet and Teton Russet are finally at sufficient quantities to be evaluated on a larger commercial scale in 2013.  The Tri-State Variety Development Program is known and respected throughout the world as a leader in the development of superior potato varieties for multiple uses. The Potato Variety Management Institute, the marketing and regulatory arm of the program, has returned more than $500,000 dollars in royalty revenue back to the Tri-State program over the past three years.

Tri-State varieties continue to perform well in various production regions throughout the USA and abroad. Domestic certified seed of Tristate advanced selections and released varieties totaled 17,728 acres, 15% of all certified seed acreage. Varieties recently released by the Tri-State program are now produced on over 120,000 acres in the Pacific Northwest with a farm gate value to growers of $500 million and this economic importance is expected to increase.

Sage Russet has received considerable interest by PNW processors as a result of excellent performance in Tri-State and regional trials. Classic Russet continues to be evaluated and seed stocks have held constant the past three years. As a result, growers are continuing to improve production practices which should allow seed and commercial acreage to increase in the future.

Sagar Sathuvalli, based in Hermiston, Ore., said the use of genetic mapping can reduce the length of the potato bree...

Clint Shock, director and professor of the Oregon State University Malheur Experiment Station, cut open a potato and held it out. The pink colored flesh of the specialty spud stood out in the autumn sun.

Oregon State University's new potato breeder, Sagar Sathuvalli, is looking at 1,800 selections in his plots at the Hermiston Agricultural Research and Extension Center.

If all goes well, two or three of the selections will become n... 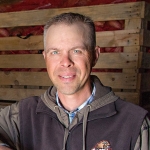 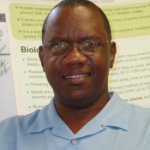 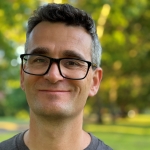 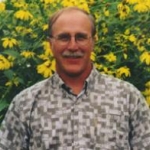 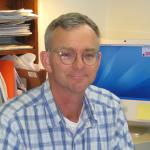 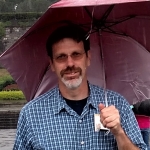 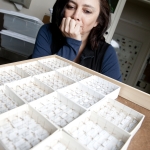 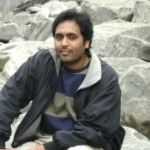 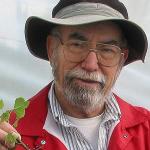 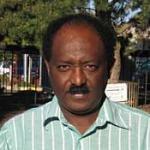